A look back at the design work on the BBC 5-part drama London Spy, starring Ben Whishaw & Jim Broadbent, directed by Jakob Verbruggen.  Even though it was a contemporary drama, the work for the art department was incredibly varied, ranging from on-screen computer graphics, a large studio build at Elstree, wrapping angels in a surreal castle, burning down a maze and building an S&M attic. Big inspirations were the work of photographer Francois Halard, the personal home of designer Carlo Mollino, and the composition of Alfred Hitchcock’s interior sets. 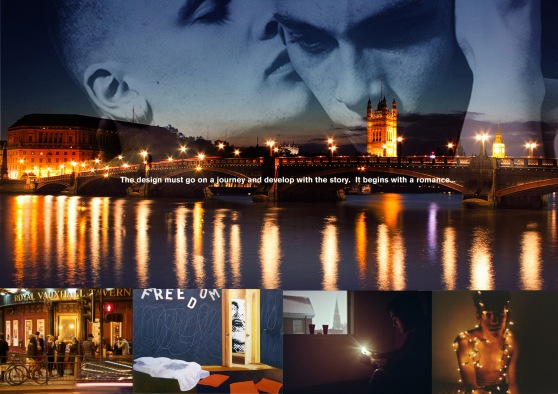 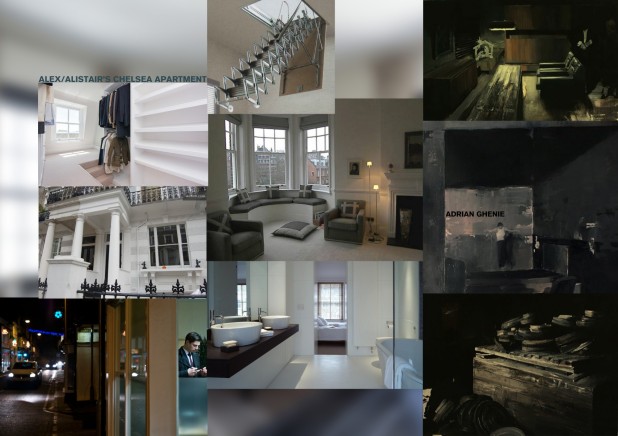 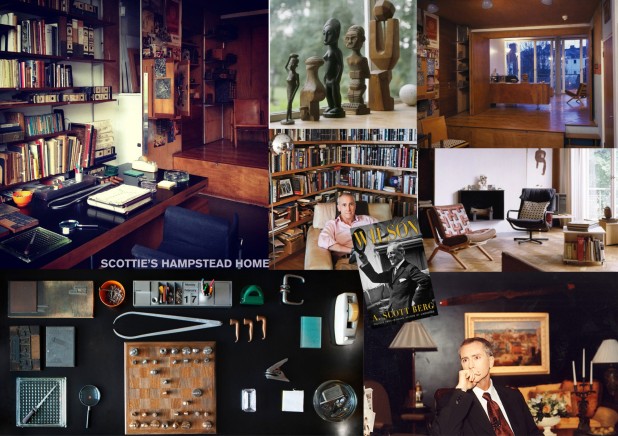 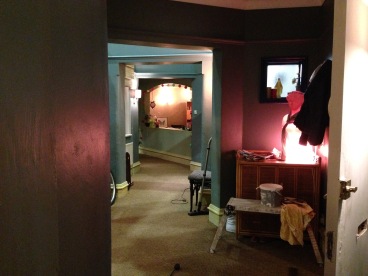 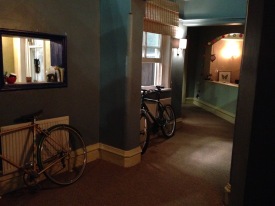 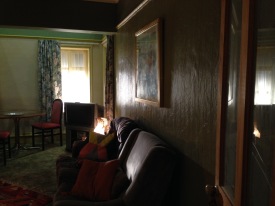 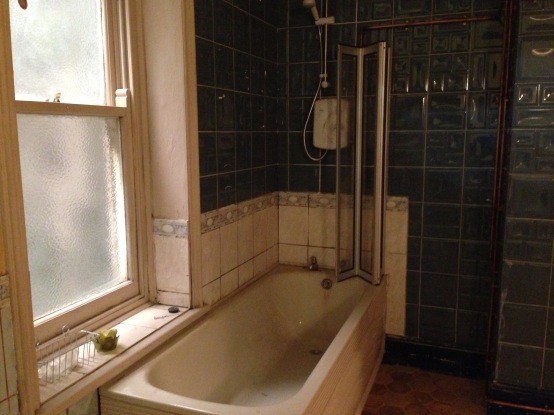 And that attic…built at Wimbledon Studios:

And some of the many other locations around Greater London and Oxfordshire: 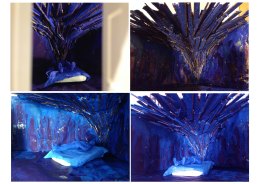 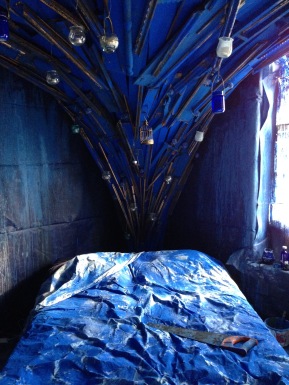 Have recently finished designing ‘Cilla‘ for ITV, directed by Paul Whittington and starring Sheridan Smith as the young Cilla Black.  The 3-part drama tells the story of Cilla’s rise to fame in 1960s Liverpool.  We worked on location and in the studio in Liverpool itself, turning it back fifty years and doubling it for New York and London.  Can’t post anymore than that yet, but it should be on your screens in the autumn season.

There were several influences on the design of the show, including Hockney, but the man who inspired our colour and textures the most was Sean Scully.  When I first came to Liverpool, it was the stone and block work all over the city that captured my imagination, which led me, via Brassai’s photo-history of European stone-carved Graffiti,   to Scully’s work.  His book, “Color of Time” became the cornerstone to the scenic painting on the job and has a proud place on my bookshelf as one of the greatest references for colour, age and texture. 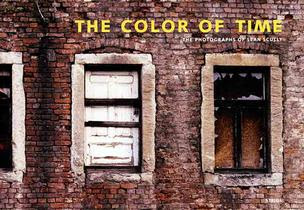 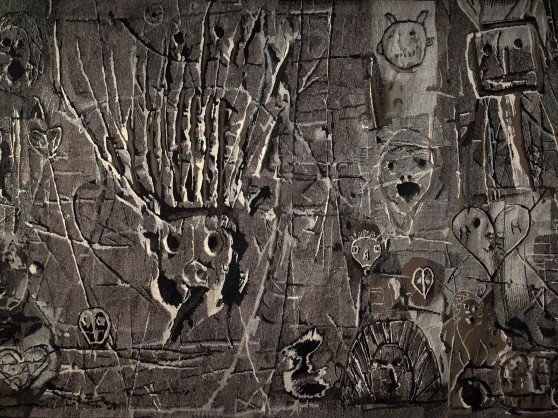 Now working in prep on “We Are Proud To Present…” opening end of Feb 2014 at The Bush Theatre.  Directed by Gbolahan Obisesan, this brilliant play by US writer Jackie Sibblies Drury, explores process and presentation and the little known first genocide of the 20th century in Namibia.  You can book tickets on their website.  In my early research I have come across the fantastic photographs by Jim Naughten and his book Conflict & Costume: The Herero Tribe of Namibia, check it out on Amazon here. 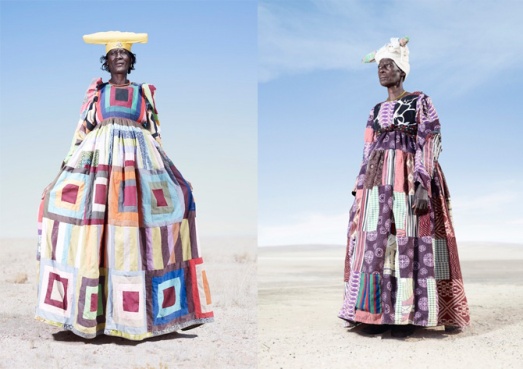 Take a look at clips from Episode 1

You can now buy the whole series on DVD here.

nut has drawn great reviews from the press following its opening on the 30th October with many mentions of the design:  This from Michael Coveney for ‘What’s On Stage’:  “The fractured dialogue is symptomatic of fractured lives, the tangled psychological car crash represented in an extraordinary design by Lisa Marie Hall of girders and tubes, a visible art work representing inner turmoil and confusion”. 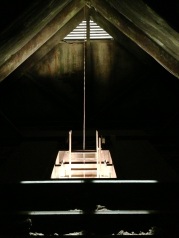 Now the hit drama What Remains has aired on BBC1 I have published on this site a look behind-the-scenes of the art, props & construction departments as we built the main sets for the show.  I’ve included inspiration references, colour palettes, sketches and models as well as a huge photo-timeline of how we turned just one studio set into five flats in five weeks.  Click here to see Behind-The-Design of What Remains.

“….but the real star was the house. The camera’s slow journey through every nook and cranny made the viewer a voyeur, desperate to know every secret contained within the high, elaborately corniced walls. There were lingering shots of the paint-chipped newel posts, faded tiled hallways and emergency light switches”  – Ben Lawrence

The first episode of What Remains aired on Sunday 25th August on BBC1 and received many positive reviews, including this one from The Telegraph.  Read it in full here. 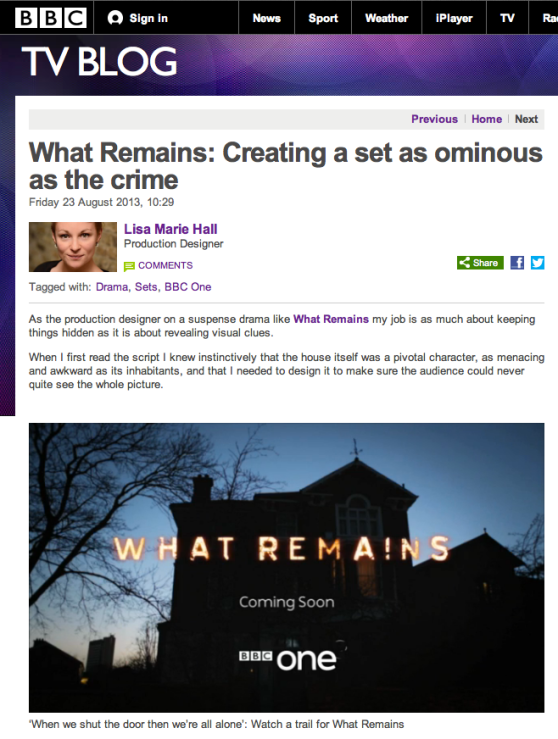 I talk on the BBC TV Blog about designing the house for What Remains: check it out here and on my site here.

BBC1 4-part suspense drama WHAT REMAINS begins this Sunday 25th August at 9pm.  Directed by Coky Giedroyc and starring David Threlfall alongside a stellar cast, it was a gift of a job to really push Production Design for contemporary crime drama – building big sets at Ealing Studios and Wimbledon Studios, playing with high texture, colour and subverting architectural detail.  Set inside a London Victorian house converted into five flats, we built everything in the studio – the staircase, loft and all five flats – shooting all four episodes in 10 weeks. I will be appearing on the BBC TV Blog revealing more about the show’s set design. Can’t show any behind-the-design-scenes photos yet but watch out, it’s going to be big!

“Bein you means not bein me – see, a deficit already – before you even started we running at a loss.”

Elayne thinks she’s alright. Nobody else does.

I’m in the initial set & costume concept stage on my second theatre design job, this time at the National Theatre, on the new stage at The Shed, for debbie tucker green’s new play, “nut“.  Starring Nadine Marshall and Anthony Welsh, this play will not be what you’re expecting.  Getting very inspired by the work of Turner-Prize contender Lynette Yiadom-Boakye, sculptors Alexander Calder & David Smith and fashion designer Martin Margiela…book your ticket now. 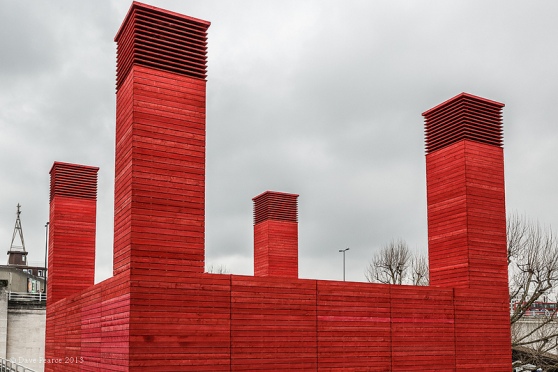