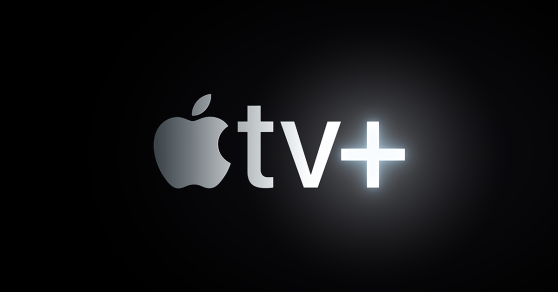 “Suspicion” is a high-paced thriller about the kidnapping of the son of a prominent American businesswoman, played by Uma Thurman. Twenty-one-year-old Leo’s abduction from a large, upmarket hotel in central New York is captured on video and goes viral. Swiftly, four British citizens staying at the hotel become the prime suspects. But are they guilty of anymore than being in the wrong place at the wrong time? 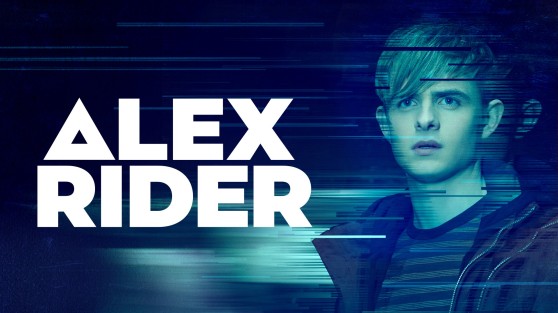 Last year I designed SONY’s first original content TV show for Amazon, an adaptation of Anthony Horowitz’s best-selling teen fiction series, Alex Rider.  The 8-part show, produced by Eleventh Hour Films, was directed by Austrian Andreas Prochaska and Brit Chris Smith.  Filmed in Romania and Greater London, the show combines the storylines from the first and second books of the series, but is largely based on the Point Blanc novel.  Watch the trailer: 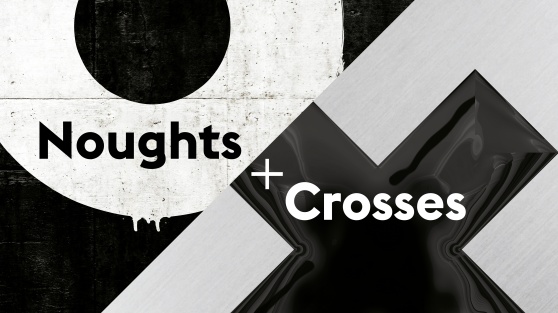 2018 saw me work as a design consultant on BBC’s adaptation of Malorie Blackman’s best-selling teen-fiction series ‘Noughts & Crosses’.  Filmed in Cape Town, South Africa, it was a design challenge to turn the city into an alternative London where apartheid has been reversed. Here is some early pitch work showing my approach to colour, tone and symbolism as a full size Albion NOXO Albion Diorama:

I also created a new design bible for the show, a version of Owen Jones’ famous tome, The Grammar of Ornament, that attempted to create a new architectural order that would be a repeated motif in the show and a way to distinguish Albion’s urban landscape. 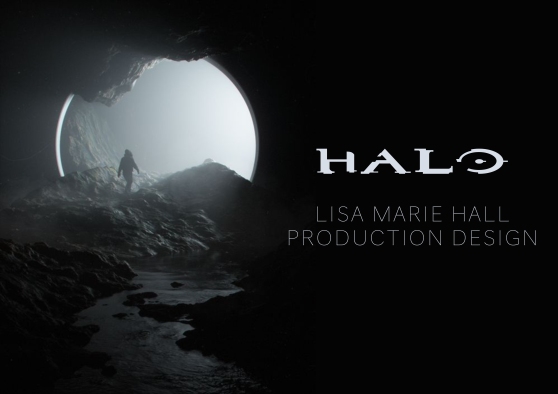 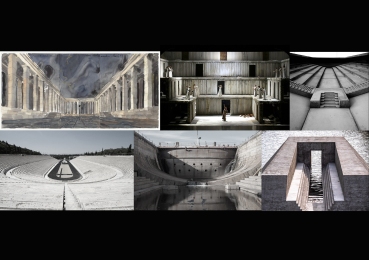 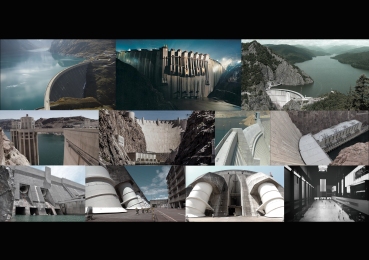 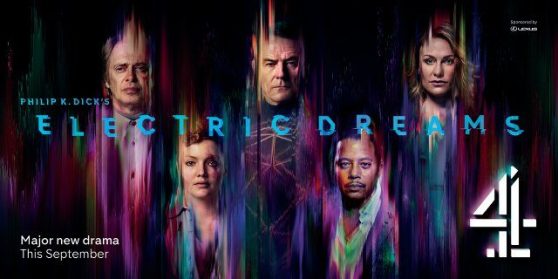 Beginning this Sunday 17th Sept on Channel 4, comes the highly anticipated 10-part anthology series based on the short stories of Philip K Dick.  I designed all 5 UK episodes: The Hood Maker (first to air), Impossible Planet (24th Sept), The Commuter (1st Oct), Crazy Diamond (15th Oct), and Human Is (22nd Oct).  It will be available to stream on Amazon Prime from November 2017.

Whilst building the majority of sets for the UK episodes at the old Gillette Factory site in West London, from January of 2017, we were also shooting on location far and wide around the UK.  A huge team was assembled to produce all five episodes back-to-back with the challenge to make each story look and feel completely different and work with five Directors and their own exciting and ambitious visions.

This was my first foray into the genre of sci-fi fantasy – it certainly won’t be my last!  It has been the most incredible experience and we’re all proud of the results and honoured to be designing the inspiring wolds of Philip K Dick. 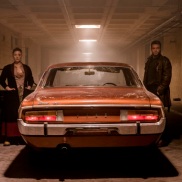 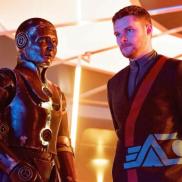 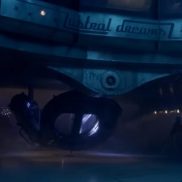 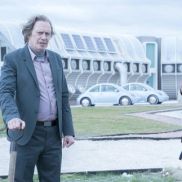 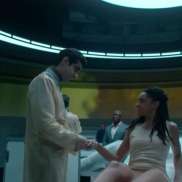 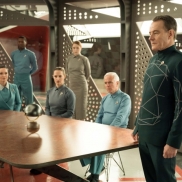 The new campaign for Boots No. 7 Lift & Luminate Serum is out now.  I designed the 60-second commercial and it features a large studio set designed for a dance performance and built at Black Island Studios, London, for Tomboy Films.  Tom Harper directed (War & Peace, This Is England ’86) and Wayne McGregor choreographed the new piece.  The ad uses an in-camera hologram system supplied by Musion as 52-year old ballerina Alessandra Ferri dances with herself aged 19.  The set design focused on a traditional painted scenic backdrop – an honest approach to filming in a large sound stage.  A scenic artist with an assistant spent 5 days painting the 77m long x 9m high cloth with two striking abstract triangular marks that look like giant charcoal lines.

Here’s a selection of images that show the design from conception, pitch, model and realisation:

Then came the model which shows the hologram system supplied by Musion, and concept visuals for the client & agency pitch:

The final cloth design for the scenic artist to transpose to full scale:

Stills from the shoot:

Currently working on a major TV commercial for Tomboy Films with director Tom Harper (This Is England ’86, War & Peace) and choreographer Wayne McGregor (Woolf Works, Infra, Chroma) .  An innovative dance-piece being shot in a studio in London and due to air in April.  Set designs to follow soon.

Currently working on BBC drama ‘SS-GB’, an adaptation of Len Deighton’s novel penned by James Bond writers Robert Wade & Neal Purvis.  Directed by Philipp Kadelbach and produced by Sid Gentle Films, this is a chilling alternative history piece, a crime thriller set against the backdrop of Britain in 1941, 14 months after we lost the Battle of Britain and are now firmly under Nazi occupation.  This has been a brilliant design opportunity to create a Germanic London we haven’t seen before whilst staying true to the 1940s period.  Graphics in the show have been a hugely important part of the design and whilst we have been largely working on location, almost all of the 110 sets have been substantial construction and set decoration efforts.   This has also been a close Design & VFX collaboration and our work with Nzivible has both enhanced the CG content and greatly educated the design department! Filming is due to finish in January 2016 and we hope to see it air sometime in the autumn season.

Delighted to announce the art department and I have been nominated for an RTS Award for Best Production Design on ITV’s 3-part drama, ‘CILLA’.  Congratulations to all involved and a huge thank you to the people & companies of Liverpool – a great city to film in.  Take a look at the set builds (Cavern Club, Abbey Road Studios, Iron Door Club) and the dressed locations here.